The Evolution of Winter Sports in Lake Placid

Lifestyle, Things To Do
Comments:0

The legacy of winter sports in Lake Placid is rich. Sometimes called the “Winter Sports Capital of the World”, Lake Placid has long drawn attention as a world-class destination for winter sports. Hosting its first internationally sanctioned event, the International Outdoor Speed Skating Championships, in 1920 put Lake Placid on the winter sports map and opened its doors to be chosen to host the third-ever Olympic Winter Games.

Embracing FISU’s motto of ‘Excellence in Mind and Body,’ the FISU World University Games incorporate an educational aspect into the sports competitions which allows university student-athletes to celebrate high sports performance while continuing their education with the local host city.

These games are just one stepping stone in the evolution of winter sports in Lake Placid. Below we’ve highlighted the journey our venues have taken over the last 90+ years and where they are headed!

The 1932 Jack Shea Arena is located inside what is now known as the Olympic Center. The “1932 Arena” recently completed a nine-month modernization project in which it received a new refrigeration system, absorbing panels for better acoustics throughout the area, a new dehumidification system, a new concession area, and new dasher boards. The rink can also now be converted to either international or NHL size standards, which ORDA plans to capitalize on by expanding its year-round ice programs, including ice hockey tournaments and figure skating competitions.

Leading up to the 1980 Winter Olympics, the Olympic Arena built the Herb Brooks Arena, which famously hosted the ice hockey game commonly referred to as the “Miracle on Ice”. This epic moment in sports history launched this rink’s fame beyond anything the organizing committee could have planned for. However, the rink continued to be used for several collegiate hockey championships, including the NCAA Men’s Ice Hockey Championship in 1984 and 1988, as well as other ice hockey tournaments and figure skating competitions.

Improvements to the 1980 rink included new seating, updates to locker rooms, hospitality suites, and the 1980 concourse area, as well as restrooms and a new HVAC system. These improvements were made in anticipation of the FISU World University Games in January 2023.

The first “bobsleigh” venue outside of Europe was constructed in Lake Placid for the 1932 Winter Olympics. According to the National Park Service, “The Lake Placid course was longer, steeper, and featured a more pronounced drop in curves than European runs, which allowed for steadier driving and faster speeds than those obtained on prior bobsled events. After the American team won two gold medals and one silver in 1932, bobsledding, previously unknown in America, captivated the country’s interest, and U.S. teams dominated the sport until 1956.”

The track went on to host several competitions following the 1932 Winter Olympics, most notably becoming the first venue outside of Europe to host the International Bobsleigh and Tobogganing Federation (FIBT) World Championships in 1949.

Leading up to the 1980 Winter Olympics, a new, artificially refrigerated bobsled track was created, along with a separate luge track—the first one in the United States. Following the 1980 games, both tracks hosted their respective world championships in 1983, and have continued to host international competitions ever since.

Although Mount van Hoevenberg was already the site of the New York State-owned bobsled run that was built for the 1932 Winter Olympics, it wasn’t until the early 1960s that Olympian Joe Pete Wilson surveyed the area and thought it was a good location for ski trails, according to NYSkiBlog. With the long-term plan for a second Winter Olympics, Ron MacKenzie and J. Vernon Lamb Jr developed the first trails there in 1966 or 1967. When Lake Placid won the bid for the 1980 Winter Olympics, the build-out of stadiums, biathlon range, and race loops began.

Mount van Hoevenberg has received some of the most notable improvements leading up to the FISU World University Games in January 2023. The Lake Placid Nordic Center now has the best snowmaking in all of North America, with a 3 million-plus gallon reservoir that will supply water to all of the new snow guns. The new Mountain Pass Lodge features two retail spaces, food service, showers, lockers, a climbing wall, and more!

Announced yesterday, Mount van Hoevenberg has landed yet another international competition: the International Biathlon Union Cup is coming to Lake Placid in 2026. It’s the level of events that are just below the world cup, but if the event is a success, it opens the door for Mount van Hoevenberg to bid on future biathlon world cups, which haven’t been hosted in Lake Placid since 2004.

While the 1932 Winter Olympic Ski Jumping Competition took place at the Intervales Hills, the iconic ski jumps that we know today, known as the Olympic Jumping Complex, were built leading up to the 1980 Winter Olympics. The newly modernized and lengthened ski hills in 2021 have already hosted international competitions in 2022.

The Olympic Jumping Complex will host three ski jumping competitions in January 2023 for the FISU World University Games: an Individual competition, a Team competition, and a Mixed Relay competition.

The renovations of the jumps are already paying off, with the Federation of International Skiing Ski Jumping World Cup returning to Lake Placid February 10-12, 2023.

“This is a game-changer for our organization,” USA Nordic CEO Adam Provost said in a statement to Adirondack Daily Enterprise. “The opportunity to bring in the best ski jumpers in the world to Lake Placid will give our sport a platform for growth that we haven’t had in close to 20 years. The opportunity to bring a FIS showcase event and host world-class athletes in the United States, will bring more awareness and notoriety to the sport and inspire the next generation of ski jumpers.”

Whiteface is one of the largest ski resorts in New York State, with a vertical drop of 3,430 feet it boasts the greatest vertical drop in the eastern United States. In conjunction with the New York Ski Educational Foundation, Whiteface has hosted many high level international alpine ski competitions.

The Olympics have provided a major boost to the economy of Lake Placid and the region as a whole. New homes were built in anticipation of spectators, which in time turned into housing for new residents to the area. The Winter Olympics helped to put Lake Placid on the map and indirectly informed more people about the variety of other activities that the area offers. Without winter sports, Lake Placid would not have developed into the community we all know and love today. 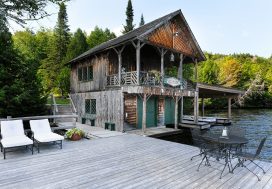 In the Market for an Investment Property or Commercial... 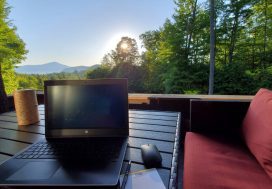 Working from the Adirondacks 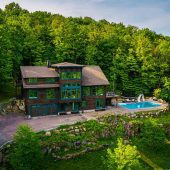 What Sellers Need To Know In Today’s Market