Maple Sugaring in the Adirondacks

Lifestyle, Things To Do
Comments:0

Sugaring is the tradition of collecting sap and boiling it down to make a syrup. The tradition is older than the Adirondack Park itself, although it is unclear where it first originated. Some believe that it originated from the Iroquois when a tomahawk struck a maple tree, releasing the sap.

Every year, as the warmer days give way to freezing nights, the snapping sound of sugar maples’ sap can be heard by cross-country skiers and snowshoers along any Adirondack ski trail.

“Sugaring is a time-honored tradition in the Adirondacks that provides a sweet transition between winter and spring. Whether as a peaceful activity by yourself or as a celebratory harvest with family and friends, there is no better way to enjoy the first warm days of spring than out in the woods tapping trees and boiling down sap into delicious syrup.” – Mike Farrell, co-founder and CEO of New Leaf Tree Syrups and husband to The Reynolds Group of Lake Placid, LLC Real Estate Agent, Andrea Farrell.

Maple syrup has many health benefits, including containing numerous antioxidants and fighting inflammatory diseases, as well as a healthier, natural alternative to sugar for improved digestion.

The Wild Center has sought out to educate more people on the process of sugaring with their NYS Maple Weekends happening in March at The Wild Center’s Sugar Shack.

Additionally, The Wild Center’s Community Maple Project provides tapping supplies to community members for free to tap their own trees. Participants can bring the sap to The Wild Center to have it turned into syrup – receiving 70% of their sap back as pure maple sugar.

Let us help you find a property to start your own sweet traditions, or if you already have a property and are interested in tapping, let one of us know, we’d love to point you in the right direction!

A Guide to Summer Camps in the Adirondacks

A Guide to Schools in the Adirondacks 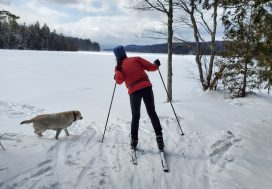 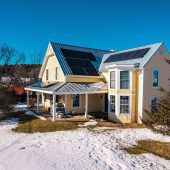 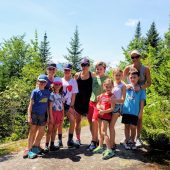 A Guide to Schools in the Adirondacks